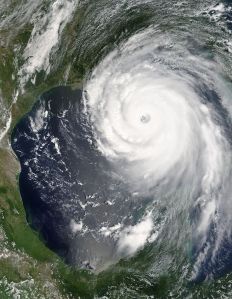 Last night I happened to watch a dated video clip of Michele Bachmann asserting that 9/11 and Benghazi were God’s judgment on the United States. She’s also stated that natural disasters, including hurricanes and earthquakes are the hand of God punishing us. And she’s not alone. Fundamentalist religious leaders of various faiths have perceived God’s chastisement in the human suffering brought on by disasters, including Hurricane Katrina, the Haiti earthquake, the Japanese earthquake and tsunami, Hurricane Sandy, and even the Sandy Hook school massacre. But the idea that disasters are actually divine retribution is not a new one – it stretches back to Biblical times. And the New England Puritans embraced it, enthusiastically.

Woven through all the Puritan writings on King Philip’s War is the constant refrain that the sufferings the colonists underwent in that war were ones they had rightfully earned through religious disobedience. God had warned them of His anger, the clerics claimed, citing natural signs and portents such as comets and crop failures, but New England had not heeded Him. So God emboldened the natives to mete out His punishment. They went on to claim that this was a sign of God’s love. Just as a father punishes his children because he loves them, so God “corrected” New England colonists because they were His chosen people. It’s straight out of the Old Testament.

At first glance, this kind of thinking seems masochistic and simplistic, not to mention lacking in empathy, but there’s an element of truth to it.  The Puritans had, to a large degree, brought the hostilities of King Philip’s War upon themselves through their callous self-righteousness.  Had they humbled themselves not only before God, but also before their native neighbors, they might have fared better. 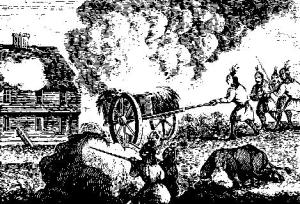 Cultural and religious chauvinism is a stubborn human trait, and often begets disaster of one sort or another. We are all too easily persuaded to see ourselves and the particular religious or political group we belong to as having cornered the market on truth. It’s too tempting to regard others as ignorant outsiders who need to be “corrected” or “educated” to our ways. The assumption that we have a lock on understanding God’s purposes is a deeply Puritan idea. And a dangerous one.